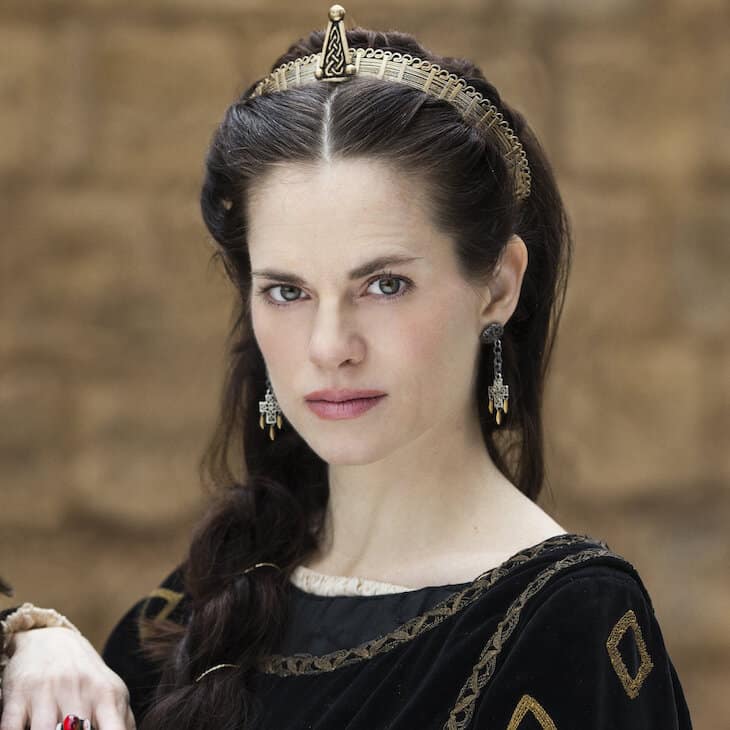 Amy Bailey is a US/UK dual citizen. She studied dance from a young age with the Houston Ballet. As a teenager she performed with the Joffrey Ballet in New York and London Ballet Theatre in England. Amy was a professional ballerina in the UK and abroad for several years, additionally training with coaches from Cirque du Soleil and performing around the world as an acrobat and aerialist for 6 years.

Amy started her acting career in the theatre. A triple threat, she has received rave reviews for numerous starring roles, ranging from West End musicals such as The Producers and Guys & Dolls, to Woody Allen’s Play It Again, Sam – the latter two garnering Best Actress nominations for Off West End Awards. Amy was the first actress to reprise the role of “Linda” after Diane Keaton on a British stage.

Film and TV credits began with roles in the film adaptation of the musical Nine starring Daniel Day Lewis and Nicole Kidman and in Tim Burton’s Alice In Wonderland. This was followed by 3 seasons playing the popular and controversial character “Kwenthrith” on the multiple award-winning series Vikings. Amy featured as fan favourite “Clementine” in SyFy’s Dominion and guest-starred in a comedic turn as Karina Volsky, a Russian character in Major Crimes. She also stars as the mysterious and violent “Kayla” in Sony’s biggest VR game to date, Blood & Truth. The game broke records upon its release in 2019 and won high acclaim for its actors’ exceptional motion capture work. A sequel is in the works.

Amy is actively involved in the comedy improvisation scene in both London and L.A., having trained at the famed Groundlings Theater, and featuring in comedy improv troupes at the Edinburgh Fringe Festival. She has collaborated as a writer for several projects, including Netflix comic Katherine Ryan’s BBC3 series and the upcoming fashion drama DNA.