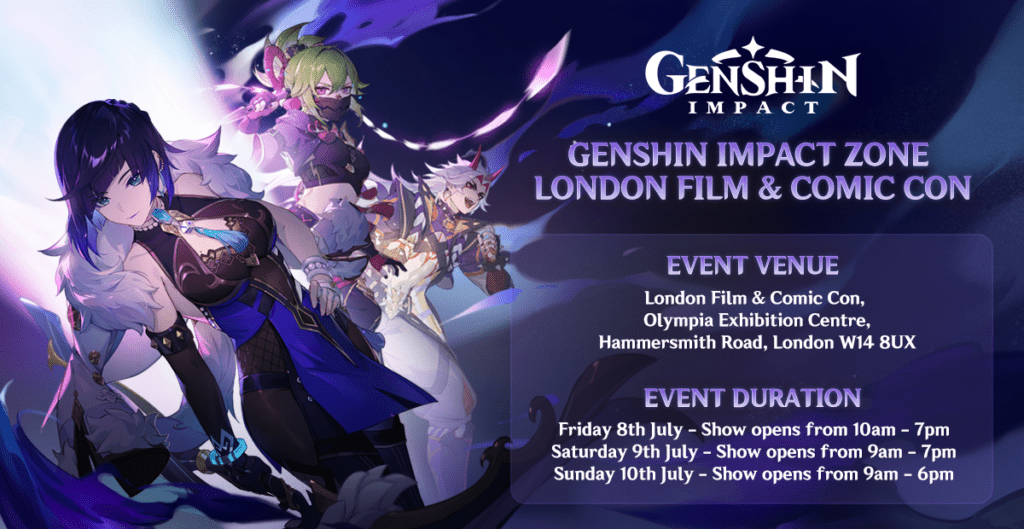 We are delighted to announce that Genshin Impact will be appearing all weekend at this year’s London Film & Comic Con!

We are working with Genshin to build a special chill-out space for all Genshin Impact players and fans. Visit the Genshin Impact Zone where you can grab some photos with Cosplayers, take snaps with Genshin Impact in-game Characters against their awesome backdrop. As well as taking part in the interactive events held in the Zone to get some freebies, and not forgetting the Live Stage Performance on the Cosplay Stage each day! Or even just use the Bean Bags to chill out with other Cosplayers to recharge your batteries! 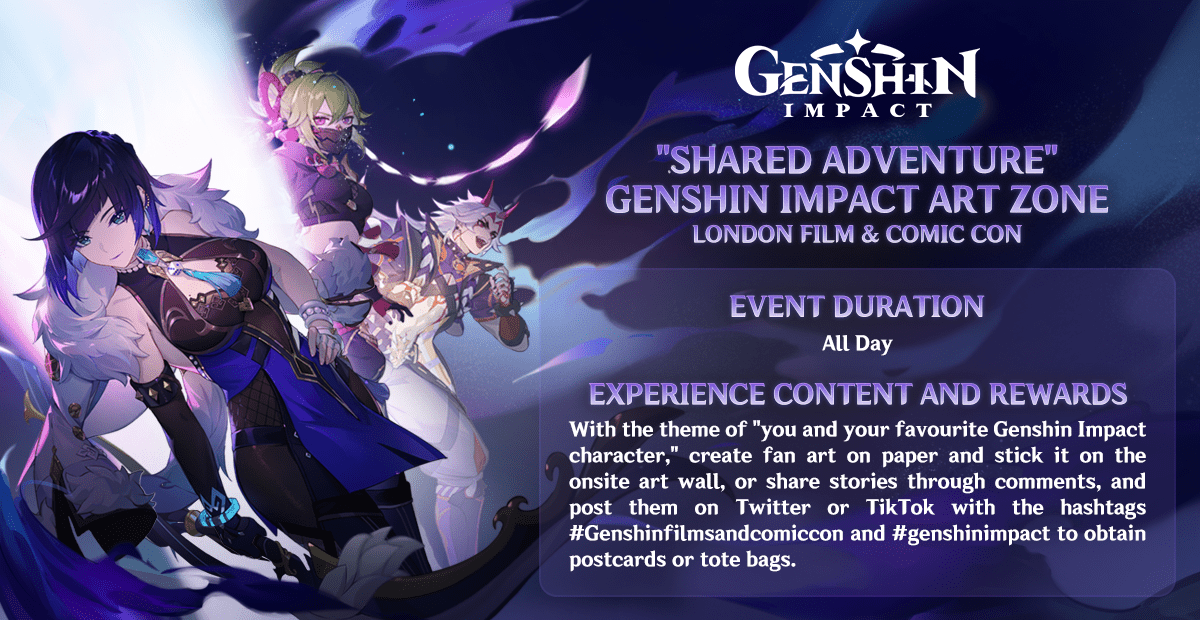 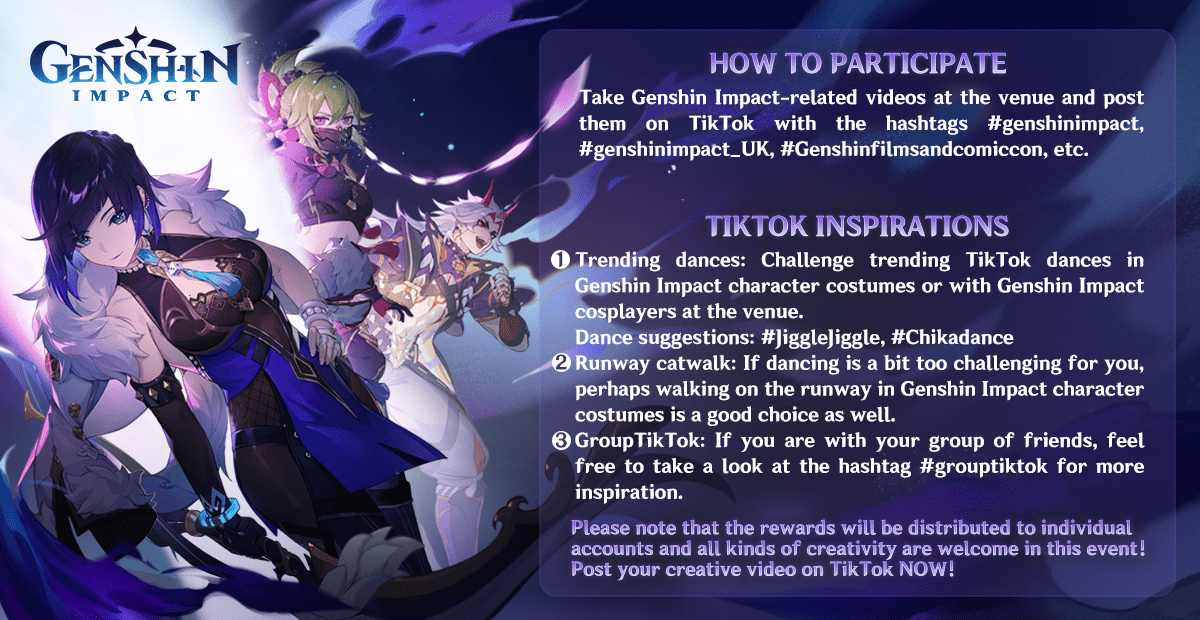 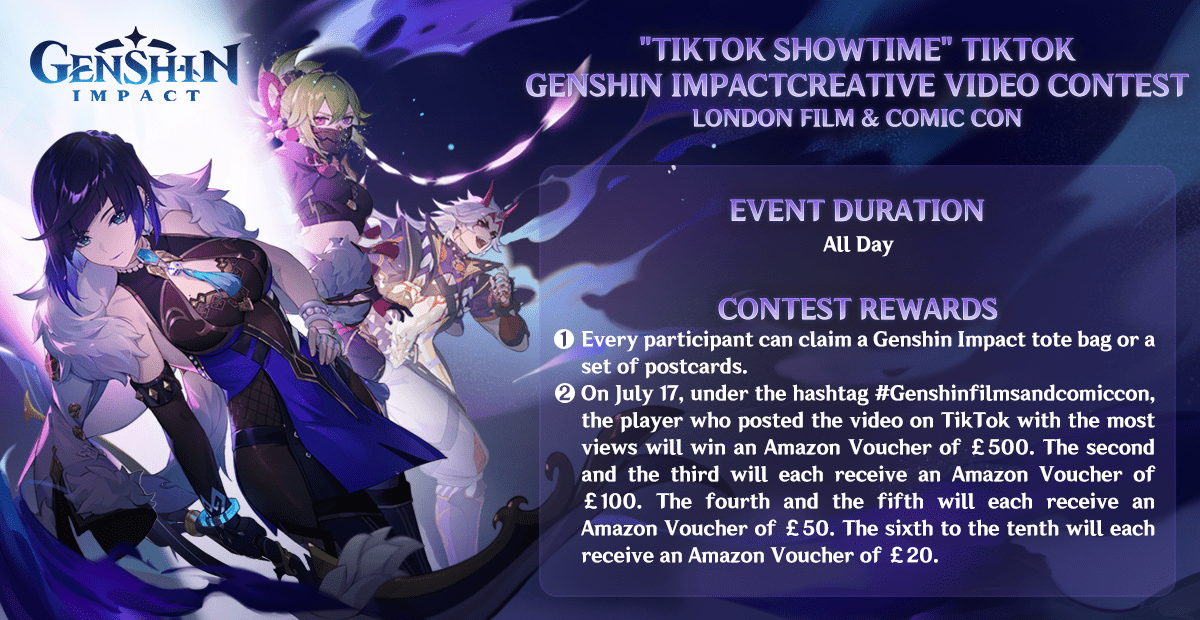 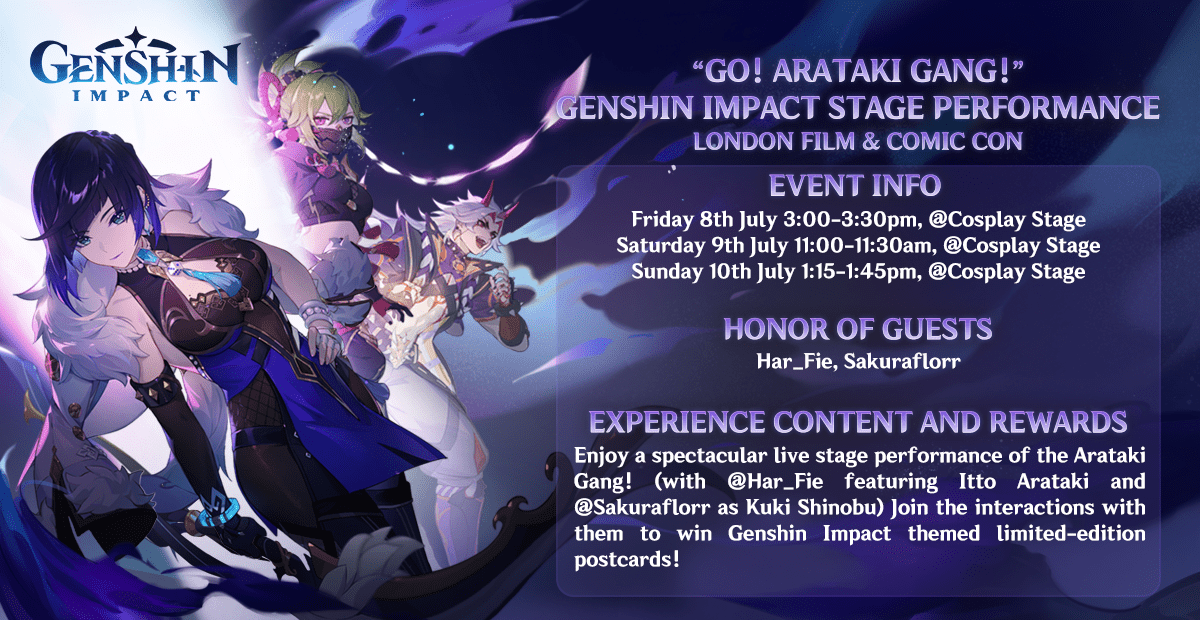